KrewelMeuselbach, the family-run company with its own production sites in Germany, has already been living its new, visionary focus since January 2015.

And it was clear that the company’s outward appearance would also align itself with this innovative market positioning. A completely new design is being rigorously applied across the board.

From 1 December 2015, the company, with its sites in Eitorf and Gehren, will appear in its visionary, fresh look and feel – ranging from the brand logo, the office equipment and all printed advertising matter such as brochures right through to the website at www.krewelmeuselbach.de.

The new company logo melds both parts of the name into a single unit – a symbol of the genuine merging of the two strong, traditional pharmacy companies Krewel and Meuselbach. 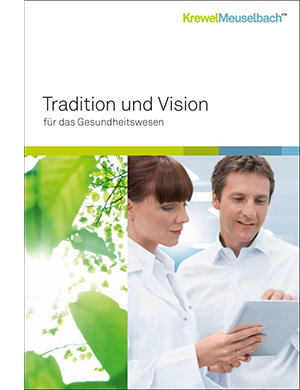